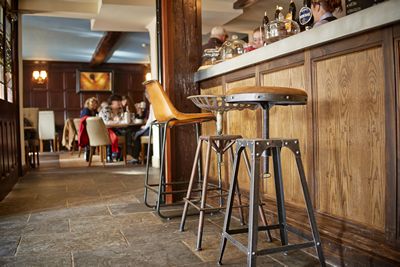 Yesterday, under the radar of the headline news, the Pubs Code came into force. The Government claims it gives “tenants more rights and greater protection when dealing with large pub companies that own tied pubs”.

The Pubs Code is a great step in the right direction when it comes to reinvigorating this dying trade. Challenging the PubCo cartels that have come to dominate the industry has been a great achievement of the last few years. Anyone who has opened a pub under their auspices will tell of you of their restrictive and unreasonable practices, their high rents, and, of course, the beer tie.

However, there are a number of reasons for pub decline in the UK. As this well researched article explained some time ago, the PubCos are only one part of the problem. It seems strange to say, considering the apparent persistent alcohol problems affecting Britain, but alcohol consumption has actually fallen. Beer consumption has been the biggest victim of this. The smoking ban has also been a huge factor, despite it actually making many pubs nicer places to be. Taxes and planning rules are also an element. This is why CAMRA continues to push for cuts in beer duties and changes to planning laws that tilt the scales to supermarkets selling cheaper alcohol. It’s this open availability of cheap alcohol, not community pubs, that allow the proliferation of alcoholism amongst the young.

However, the biggest issue affecting the pub trade is a chain-linked problem that is difficult to solve. The fading of rural communities – and probably communities in general – has had an enormous impact. Pubs are dispensers of alcohol and – increasingly – food. But they are a social environment more-so than anything else. When the social structures around them weaken, the pubs suffer.

So, what can Government and pubs themselves do? The Government can, of course, implement the measures recommended by CAMRA. Pubs, however, have to help themselves too. The pub industry should not be immune from market forces. This includes changing tastes and more sophisticated, discriminating customers. This report by the BBC claims that many pubs, 12 years on from the smoking ban, have still failed to properly adapt. This is poor management. In our area, it is the pubs that have become family-friendly and pleasant environments that have survived and thrived. Those that were stuck in their ways have gone. Not too much mourning.

The craft beer trade is also booming. There are more breweries than ever, and best of all, most are local and independent. There are a number of pubs in West Worcestershire and in Worcester that have capitalised on this. Many have linked up with local micro-breweries to produce distinct products that appeal to modern tastes. We, at The Angel Hotel in Pershore, have teamed up with Pershore Brewery to produce the exclusive Wobbly Angel Ale. This ale combines the unique flavour of a traditionally brewed bitter with the smoothness and drinkability of any of the most popular pull-taps in the country.

The Wobbly Angel Ale is part of our wider philosophy of developing exclusive, local products and engaging in our community. Our Tipsy Angel Cider is produced in partnership with Pershore College, manufactured by its students. We own our own farm which provides us with fresh meat, fruit and vegetables. We use local, smaller suppliers as much as we can. We have also made it our business to be at the very heart of community life, by hosting innumerable community events, many at a financial loss. Yet we understand that this is a win-win situation. It’s good for us and it’s good for our community.

Yes, the Pubs Code is a great step forward. The Government should still continue to reform to revive independent, community pubs. But pubs have also got to help themselves by being imaginative and engaging.